My journey with the qanun started at the age of 10, when I began my studies in qanun and music at the National Higher Conservatory of Music in Beirut, Lebanon. In 2000, I graduated with excellence and became a member and a soloist of the National Lebanese Orchestra for arabic-oriental music. After three years, I was named professor of qanun at the National Higher Conservatory of Music in Beirut.
Being amazed by the turkish technique of playing the qanun, which involves using ten fingers, I started practicing it since my graduation. In 2001, I bought my first turkish qanun and was the first qanun player in Lebanon to introduce the turkish qanun playing method into the arabic-oriental style of playing.
Since then, I have been involved in different music projects, encompassing the traditional oriental music, classical, jazz, and contemporary music. I cooperated with different musicians around the world, each one bringing his own tones, sounds, tunes, rhythms, and ideas, which enhanced my way of playing and enriched my way of thinking.
Looking at the other side of me, I graduated in 2005 as a computer and communication engineer from the Notre Dame University in Lebanon. In 2007, I moved to Germany, where I continued my studies and graduated in 2009 with a Master of Science degree in Communications Technology from the University of Ulm. In 2015, I received my Dr.-Ing. degree in electrical engineering from the University of Erlangen-Nuremberg, Germany. 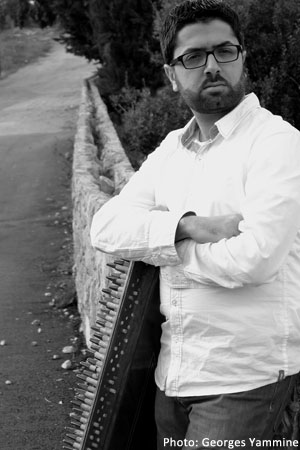